BRAND-NEW BUFORI SPORTSCAR TO BE LAUNCHED IN 2010

Race version of the soon-to-be-introduced Bufori CS to prove its qualities at the Macau GT Cup. 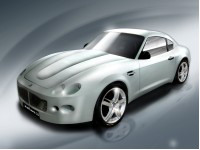 The BUFORI CS, which stands for “Compact Sports”, is a purist and powerful 2 door coupé. Unlike previous generations of BUFORI motorcars, the BUFORI CS is intentionally modern-styled. Powered by a 2.0L turbo-charged engine, the sportscar will feature a lightweight composite body and offer the typical BUFORI craftsmanship, attention to detail and quality. The BUFORI CS is expected to be launched in Malaysia at the beginning of 2010 and more details will be revealed towards the end of the year.

The BUFORI CS is fully designed and developed by BMCC in Malaysia. It was recently decided that BUFORI wanted to have a race version of the car, in order to prove the vehicles capabilities and performance under extreme conditions and directly apply proven racing technology to the on going development of the road car.

This lead to the creation of the newly established BMS (BUFORI MOTOR SPORTS), which is the motorsport division of BUFORI. Through the collaboration with AXLE MOTORSPORT, a company dealing in high-tech motor racing development, BMS and AXLE MOTORSPORT jointly developed the BUFORI BMS R1 using a team of Formula One engineers, employing only the highest quality components and materials.

The BMS AXLE RACING team will take part in the upcoming 56th Macau Grand Prix (weekend of 19th November 2009) with the BUFORI BMS R1, the race edition of the all new BUFORI CS.

“After two years of hard work in designing and developing our new sports car, the BUFORI CS, we are very proud that a racing version of our car has been developed and will have its first public appearance at such a prestigious event as the Macau Grand Prix. We could not have wished for a better occasion. Our intention is to transfer the racing technology to the road version of the BUFORI CS and bring in all the qualities for which BUFORI is renowned” says Felix Haller, General Manager Marketing & Operations of BMCC.

“BMS AXLE have followed a very tight working schedule, in under 10 weeks, to create this race car, and we are looking forward to being a part of this racing event and making history with BUFORI, the first Malaysian sportscar to run at the Macau GT Cup” says Joe Lim, the BMS Team Principal and Managing Director of Bufori Sales & Marketing (BSM), the global Distributor of Bufori vehicles. “This race marks the beginning of a new era for BUFORI. With the BUFORI CS, the company is expanding its portfolio to purist, modern styled sports cars, with the usual uncompromised BUFORI quality.” he adds.

BUFORI is the first Malaysian manufacturer to participate at the Macau GT Grand Prix. The Guia Circuit of Macau is a street circuit with a combination of fast straights and tight corners. It is recognised as one of the most challenging and demanding circuits in the world.

About the BUFORI CS 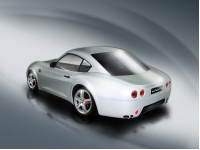 The BUFORI CS marks the beginning of a new era for BMCC.

The monocoque body is made of ultra-light and rigid reinforced Carbon Fiber & Kevlar and lies on a space frame chassis.

The unequal upper and lower arm front and rear suspension with coil over shocks are fully adjustable and provide excellent road holding.

The BUFORI BMS R1, the race edition of the BUFORI CS, which is homologated to FIA GT3 requirements, was jointly developed by BMS & AXLE using a team of experienced Formula One engineers, employing only the highest quality components and materials. Besides building a competitive race car, the focus was put on producing an extremely light vehicle, with a very favourable power to weight ratio. 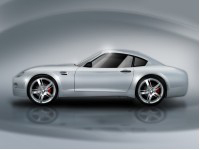 The BUFORI MOTOR CAR COMPANY is a manufacturer of hand-crafted luxury cars combining modern technology with a timeless classic design. The company was established in Sydney, Australia in 1986 by the 3 Khouri brothers and is headed by its founder and chief designer, Gerry Khouri. The company moved to Malaysia in the 90’s and is responsible for the design, development and manufacturing of the entire collection of Bufori motor cars.

BUFORI motor cars are painstakingly hand-crafted to international standards, using only the finest materials and the latest technology. Each vehicle is made-to-order and customised to the specific requirements of its distinguished owner.

The privately owned corporation is currently offering the BUFORI La JOYA, a contemporary classic two-seater coupé powered by a rear-mid-mounted 2.7L V6 engine with state of the art creature comforts and driver aids. New models such as the BUFORI MKVI & Bufori CS are in the pipeline and will be released in the near future.

BUFORI Motor Sports, known as BMS is the newly established motorsports division of Bufori specializing in high-performance cars. BMS is created to market a range of high performance and racing editions under the BUFORI name plate. BMS aims to supplement the BUFORI vehicles portfolio with specially modified and customized higher performance models.

In comparison to regular BUFORI models, the BMS versions will be fine-tuned for the race-track. Aerodynamics, performance, stability and handling are specifically adapted for motorsports use.

BUFORI Sales and Marketing (BSM) is the official exclusive worldwide distributor for BUFORI vehicles and merchandise. BSM plans to open a unique automobile boutique to showcase Bufori and BMS car models while at the same time providing a very intimate and luxurious sales experience. Plans to distribute cars in China, India, Asia and the Middle East are also under serious consideration